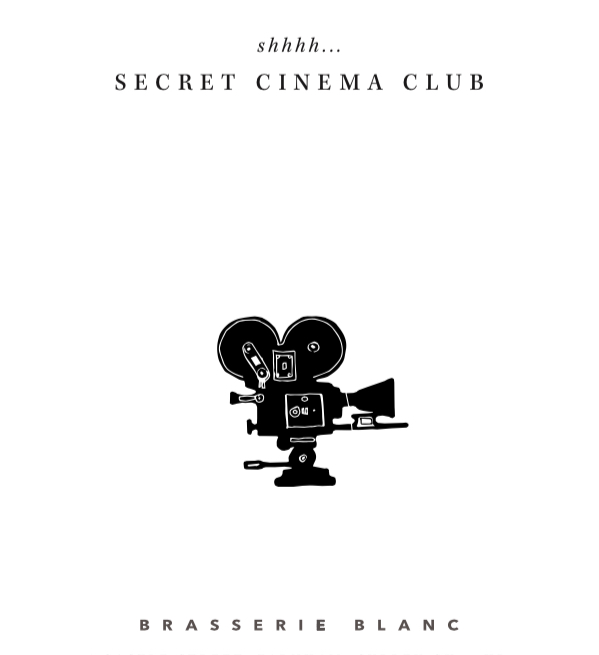 On Monday evenings this October & November we offer you the chance to sneak away & treat yourself. Join us for a deliciously seasonal two course meal & a glass of wine,served from 7pm, followed by a classic or contemporary French Film in our Secret Cinema Club for only £20. Space is limited so booking is essential.

Films are chosen from French language films, or iconic films with French directors or actors, and occasionally great films that are simply set in France. If you have any suggestions please feel free to give them to us as well.

Our upcoming films are:

1973, Monsieur Hulot curiously wanders around a high-tech Paris, paralleling a trip with a group of American tourists. Meanwhile, a nightclub/restaurant prepares its opening night, but it’s still under construction.

Pierre, a professional dancer, suffers from a serious heart disease. While he is waiting for a transplant which may (or may not) save his life, he has nothing better to do than look at the people around him, from the balcony of his Paris apartment. When Elise, his sister with three kids and no husband, moves in to his place to care for him, Pierre does not change his new habits. And instead of dancing himself, it is Paris and the Parisians who dance before his eyes.

A Halloween treat… The wife and mistress of a sadistic boarding school headmaster plot to kill him. They drown him in the bathtub and dump the body in the school’s filthy swimming pool… but when the pool is drained, the body has disappeared – and subsequent reported sightings of the headmaster slowly drive his ‘killers’ (and the audience) up the wall with almost unbearable suspense.

A rat named Remy dreams of becoming a great French chef despite his family’s wishes and the obvious problem of being a rat in a decidedly rodent-phobic profession. When fate places Remy in the sewers of Paris, he finds himself ideally situated beneath a restaurant made famous by his culinary hero, Auguste Gusteau

A strait-laced French student moves into an apartment in Barcelona with a cast of six other characters from all over Europe. Together, they speak the international language of love and friendship.

In 1944, upper class boy Julien Quentin and his brother François travel to Catholic boarding school in the countryside after vacations. Julien is a leader and good student and when the new student Jean Bonnet arrives in the school, they have friction in their relationship. However, Julien learns to respect Jean and discovers that he is Jewish and the priests are hiding him from the Nazis. They become best friends and Julien keeps the secret.

‘From Paris with Love’

James Reece is an ambitious aide to the U.S. Ambassador in Paris, doing little jobs for the CIA and hoping to get into black ops. On the night he and his girlfriend, Caroline, become engaged, he’s told to pick up Charlie Wax at Orly. Charlie is an unorthodox government employee – large, bald and bearded, foul-mouthed and eccentric. Charlie immediately takes James on a wild ride of murder and mayhem, through ethnic enclaves. As bodies pile up, the purpose remains opaque to James. Caroline, unhappy that James has been out of touch for a day, tells him to bring Charlie for dinner. Charlie can be charming – where will it lead? Does the chess-playing James have what it takes?

In 1942, in an occupied Paris, the apolitical grocer Edmond Batignole lives with his wife and daughter in a small apartment in the building of his grocery. When his future son-in-law and collaborator of the German Pierre-Jean Lamour calls the Nazis to arrest the Jewish Bernstein family, they move to the confiscated apartment.

We love to encourage guests to sign up to our online newsletter so why not sign up today to enjoy £10 off your bill* when you spend £40 or more on your next food bill (valid until 30th July). Keep an eye out for lots more special offers, the latest news on our venues, recipe inspiration along with selected partner promotions too!

This is an introductory offer for new members joining our database.