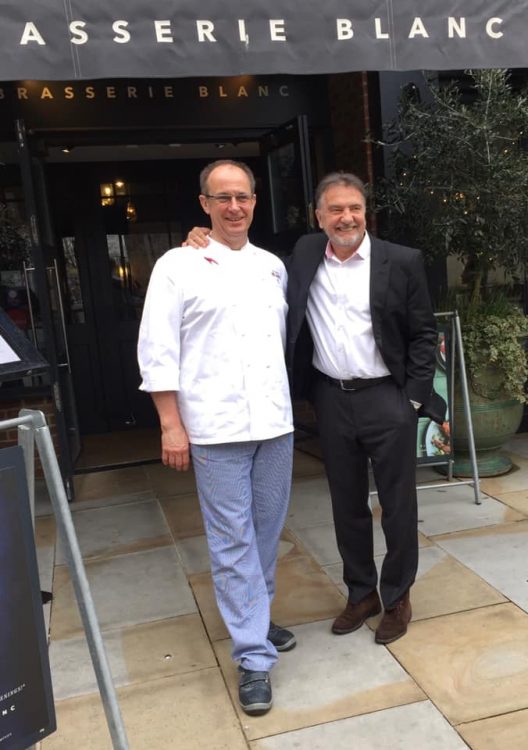 During these strange and challenging times, we wanted to take the time to tell you about some of the wonderful people that are part of the BB family. First up is our Executive Chef, Clive Fretwell…

Yorkshire born and bred, Clive has always been a passionate cook, having cooked his first full Sunday roast with all the trimmings at the age of five. It was only when he realised that he didn’t know how to make Yorkshire puddings that he asked for help from his mum.

A stint at catering college saw Clive graduating top of his year and with six of the seven awards for students (the seventh was for front of house so he wasn’t too worried about that!). Clive then spent time in Norway and Switzerland refining his skills before he approached Raymond Blanc for a position. Raymond clearly recognised his skill and natural talent as a chef but sent him off to France to hone his skills further before Clive joined him at Le Manoir aux quat’Saisons in the Oxfordshire countryside. There Clive became Head Chef helping the world famous hotel and restaurant to maintain its two Michelin Star status.

Having spent 14 years at Le Manoir, he went to Japanese sushi chain Itsu where he was their Executive Chef for four years. It was at this point, he again joined forces with Raymond to develop the Brasserie Blanc brand and the newly created White Brasserie Company pub brand.

In that time, Brasserie Blanc has grown to 17 locations and The White Brasserie Company 20 and Chef Clive has continued to oversee the menu creation and direction. Whilst remaining fundamentally French at heart, the menus have seen other influences creep on based on Raymond’s and Clive’s travels and what inspires them. His influence can be seen throughout the business with many of its chefs having been personally trained by Clive.

When not working with the business, Clive’s main passions are spending time with his family including his two young granddaughters who are learning to cook from one of the best and seem to share his passion for food, especially chocolate!

Join us on #BBkind where Clive has shared his recipe for foolproof chocolate brownies. Perfect for baking with the kids and full of chocolatey, gooey flavour! Share your pictures with us, we can’t wait to see them!

Keep abreast of our latest news, offers, events, and those from our favourite partner brands.

Thank you for signing up